Dr. Nowzaradan, also known as the abbreviated “Dr. Now,” rose to fame after his diet plan successes on the TLC show “My 600-Lb Life.” He is a surgeon from Houston, Texas who has helped the various extremely obese people on the show to regain control of their eating habits through his stringent diet plans. In this post, we are publishing recommendations on dr. Nowzaradan diet plan after surgery.

First impressions of how Dr. Now operates with his clients indicate that he is a realist. Dr. Now doesn’t turn down anyone who comes to him and needs help. Surprisingly, many doctors do turn down patients that might be more of a tall task to help get them back on track, such as the participants on the hit TLC show that Dr. Now is a part of. Also, Dr. Now doesn’t sugarcoat the situation of any of his patients or the process that it will require to get them back into shape. His realistic approach lets his clients know how much danger they are in and how difficult and how much determination it will require for them to curb that dangerous aspect. This approach often gets clients all the more ready to buckle down and endure a long period of strict dietary guidelines to get their life back on track.

Many of Dr. Now’s patients are people who plan on undergoing weight loss surgery. However, even to those who are receiving this surgery, they might need to still lose a large portion of their weight prior to receiving surgical assistance in their weight loss journey. Dr. Now recommends dieting prior to surgery because surgery can bring greater risks for people who are extremely overweight. But even beyond that, he wants to start psychologically training his clients before they have the surgery so that after the surgery, they won’t feel the need to go back to eating how they used to. If he begins to restrict their diet prior to the surgery, they have already started to build that willpower that’s necessary for them to excel in their weight loss goals after the surgery.

What is Dr. Now’s diet plan?

Dr. Now’s famous diet is also known as the “1200 Calorie Diet Plan.” Usually those on his diet hover their daily caloric intake around 1200, although some of the more severe cases might require caloric intakes as low as 1000 each day. And in addition to the caloric restriction, Dr. Now removes a large number of foods that are deemed unhealthy and unfit for those trying to lose massive amounts of weight.

His plan and the foods within it are generally low-fat, low-carb, and high in protein. Through his suggestion, a lot of their meals are made using plant-based proteins which also assist in the low-carb and low-fat categories. But the biggest catch of the diet, and what probably allows so many morbidly obese people to find great success with it, is the extensive list of items that are prohibited by the diet.

These foods that are strictly forbidden include:

These are not even the entire list, Dr. Now himself might be the only that knows how exactly to plan the diet from start to finish, but this list covers some of the most difficult foods to give up, such as bread. Also, Dr. Now must find ways to provide any nutrition that these foods would otherwise have provided in his clients’ diets. Many of these items offer very little nutritional gain, but some of them, such as bread and juice, could have provided key vitamins and fiber for his patients. This diet is effective when you’re under supervision of someone such as Dr. Now who can keep you at that low-calorie level while still maintaining your nutrition, but it can be difficult to maintain if you aren’t under the supervision of a medical professional to ensure that you’re not depriving yourself.

Dr. Now describes the list of foods that he has forbidden as “trigger foods” that can lead to excessive weight gain, food addiction, and the need to consume large amounts and large portions. Often, Dr. Now will not allow his patients to go through with their surgery if they haven’t successfully found ways to lower their portions and eat more weight and nutrition-friendly foods. He also prohibits pre-packaged and processed foods and recommends that his clients switch over to a diet that is based more in real foods and the raw ingredients of what makes up our food, without the chemical and sugary component that is often added in throughout the food processing sequence.

Dr. Now also recommends that his clients avoid eating frequently, including snacks in between meals. This is one of the leading causes of obesity and chemically increases the amount of fat that you put on in your midsection. To aid his patients in cutting their calories back extremely, which can be extremely difficult to do, Dr. Now prescribes a high protein and fiber diet to keep those following the plan feeling full for a longer period of time.

Otherwise, a low-calorie diet would leave those who follow diet feeling unbearably hungry, increasing their temptation to snack in between meals. Another diet item that assists in making 1200 Calorie dieters feel full is drinking a lot of water throughout the day.

When reading about Dr. Now’s diet plan, it’s hard not to draw similarities to the keto plan and assume that they’re one and the same. But rather, he does not want his patients to be on the keto diet or to be entering ketosis because the keto diet is often a high-fat diet.

The issue with many high-fat foods that contradict what Dr. Now is trying to do with his patients is that they’re often high calorie. Furthermore, high-fat options can be even more unhealthy for those who are already obese as it could put additional strain on their hearts.

For those who have undergone surgery successfully and were following Dr. Now’s plan leading up to their surgery, there are various factors that determine how their postoperative diet will be structured. These factors include their pre-surgery weight, their weight loss goals, their existing diet, their age, their gender, and any other medical complications or dietary restrictions that they might have. A combination of these factors help Dr. Now to craft a diet plan that will be successful for this clients and custom made just for them.

For those in the postoperative stage of the diet, the list of forbidden foods generally remains the same, but certain groups of foods come with additional warnings and suggestions attached. Obviously, sugary foods are still strictly forbidden. Vegetables are recommended to be dark green or brightly colored to supplement vitamins and minerals. Dairy products must be low fat or no fat options, as the Dr. Now diet is predicated on the low-fat ideal. Whole grains are allowed but should be minimal in the entirety of the diet.

Essentially the idea of the pre- and post-surgery plans are that they are similar so that you’ll grow accustomed to that diet before your surgery. So, overall there aren’t any glaring differences to the pre and postoperative diet, just minor adjustments made for each specific situation.

In addition to the difficulty of cutting back on food and eating smaller portions and healthier foods comes some psychological troubles. The diet can bring about mood swings and emotional highs and lows due to the sudden change in diet. Also, there are major life adjustments that are required to successfully complete Dr. Nowzaradan diet plan after surgery, such as staying strong when on a busy schedule and at social events where food is present. All of this is motivated and pushed along, however, by the positive psychological reaction at seeing a thinner and more healthy you in the mirror each day and knowing that the end goal is going to be positive and cause for much celebration.

Overall, Dr. Now’s diet is a good alternative diet plan for those who are excessively overweight and are strong enough and have researched enough to go through with it. It’s not recommended that you pursue a diet such as this without dietary guidance, although there are sample daily plans available if you want to try a few days of the plan and see how manageable it is for you, before seeking professional guidance.

The obesity epidemic in the United States is saddening and it’s unfortunate that plans like these are what is required, but it’s also admirable when a successful comeback story surfaces and someone regains control of their weight and their health. If you’re considering surgical weight loss, this diet might be perfect for you since that is what it’s application is most often.

This Article was first published onSource link . We are just re-posting and re-sharing from their RSS feed. 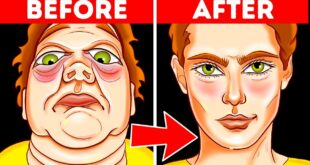 Get Slim Face And Defined Jawline Already In a Month (Just 3 Minutes a Day!) 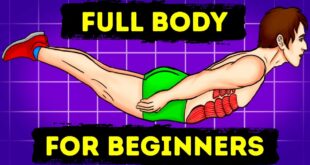 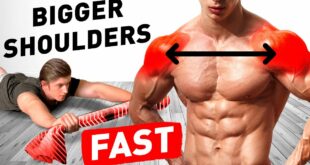 Wider Shoulders And Huge Back Just In 10 Minutes // Beginners Follow Along! 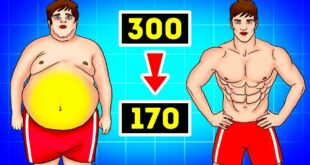 Calories are the energy in food. Your body is in constant need of energy, as … 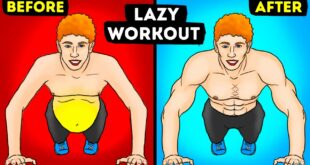